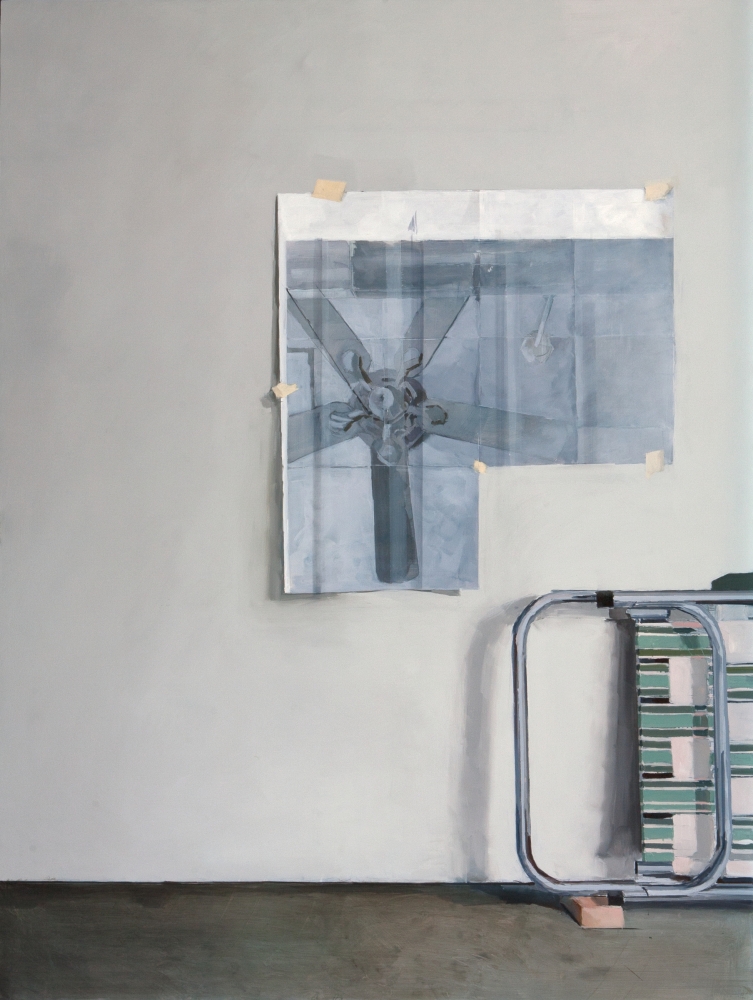 We are looking at a ceiling fan. It’s silently still. Light seems to be ebbing in softly from an open window to the right. The wispy shadows on the white ceiling set the space. Two of the fan’s blades are cropped by part of a hanging fluorescent fixture, a blocky and industrial touch that gives the bottom of the canvas a crisp insistence, stealing any homey edge from the curves of the white fan’s blades. Two gray lines on the ceiling run to the fan, holding, we assume, the wiring. The fan apparently was an afterthought. The stiff arm of the light fixture that drops straight from the ceiling is punctuated by a small circular moulding. The fan might turn on its own round module, but the light fixture’s little disk is the true center point of the scene, the crux of the composition rendered in white, blue and Payne’s gray with naught but a flicker of orange on the fan’s base.