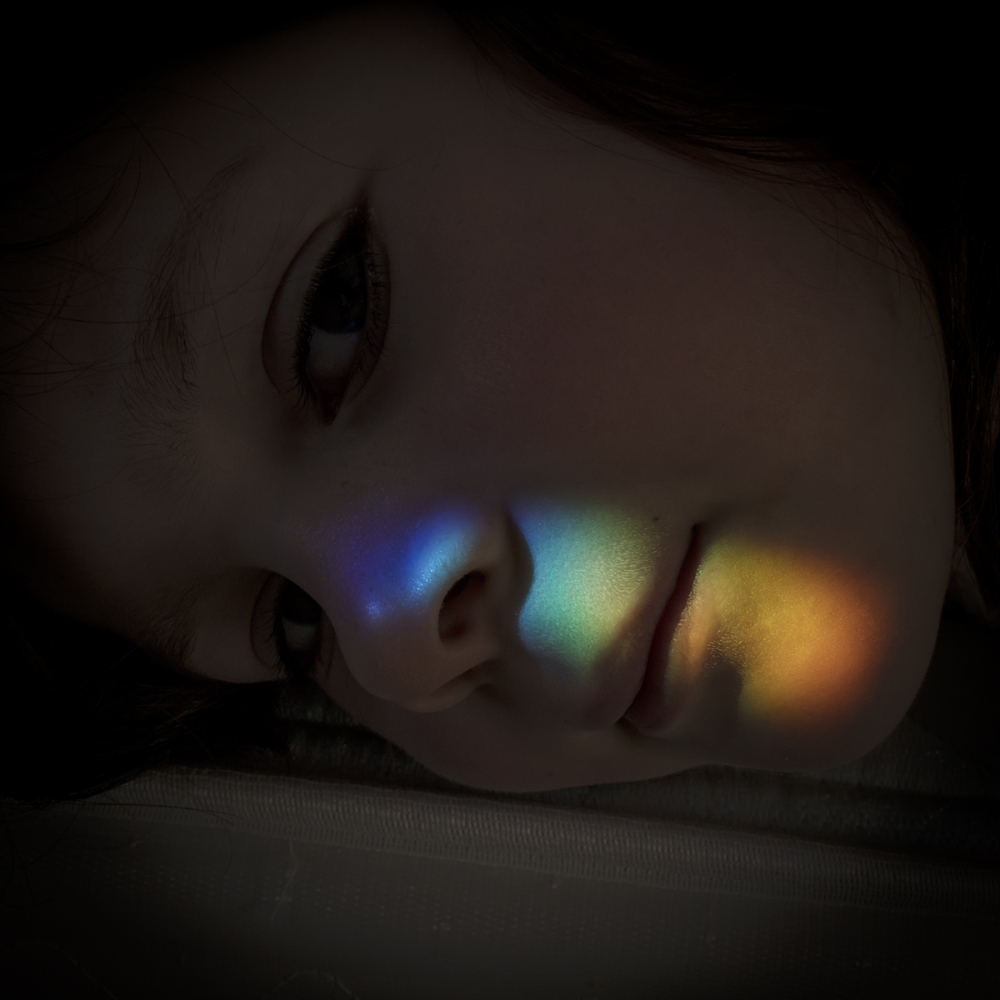 Cig Harvey’s new book, You an Orchestra You a Bomb is a reverent autobiography of family and parental love. She opens with written vignettes of brief episodes from her past and, as if looking through a prism, describes a rainbow of colors in her memories from beige to blue to red. She closes the passage with the words of her daughter who declared she was “holding onto the blue” as she pressed her face against a recently painted blue wall. The images in the book rhythmically move from cool blues to warm reds with creamy whites and rich blacks in between. It is a personal journey through the spectrum.

The opening image is a cacophony of birds with all the colors that Harvey had described in the opening passage. In the lyrical account that follows, she describes a violent car accident that left her mute for several weeks and chronicles the following year of recovery, including descriptions of how she made several pictures that we see later in the book. At first, Harvey retreated to the woods where she felt safe, sharing an image of a small child wearing a red coat in a snowstorm. That leads to an image of red curtains punctuated by a small pale face peaking through. Thus, a negative moves into a positive from one page to the next. Then, we roll into a series of blue images: driving in the rain, swimming underwater and splashes.

And then, as if the prism turned, the images return red hues, and deeper in the book we see blue again… it starts to feel like a dream, and I don’t want it to end. Harvey uses the poetry of color to create this moving and poignant look at her life. The writing, like the pictures, becomes more abstract and surreal, yet it is remains grounded in the quotidian of her daily life. In one passage, she writes: “We find twenty-one four leaf clovers in the back garden. / All this time we’ve been living in our own enchanted wood. / We pick them and make a one-inch high bouquet bound with thread. / I pinch our little offering between thumb and forefinger and wonder about SO MUCH LUCK in such a tiny space.” So much luck in such a tiny space is the perfect description for this luminous gem of a book.