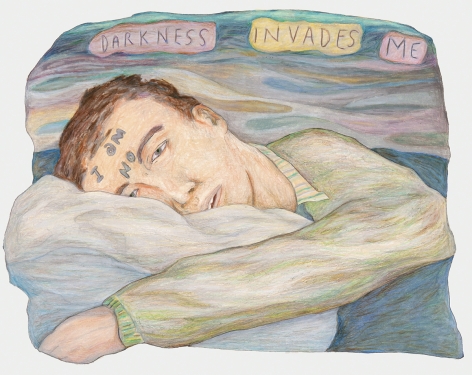 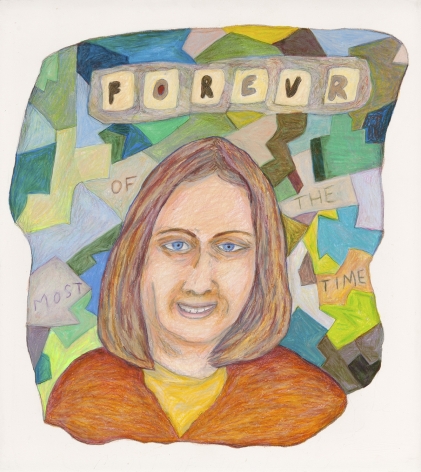 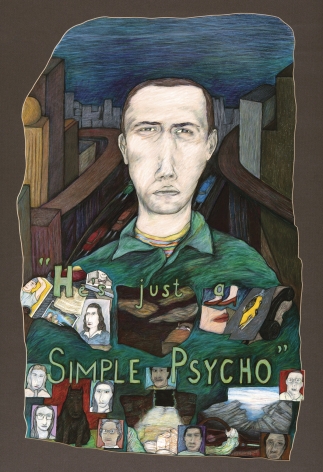 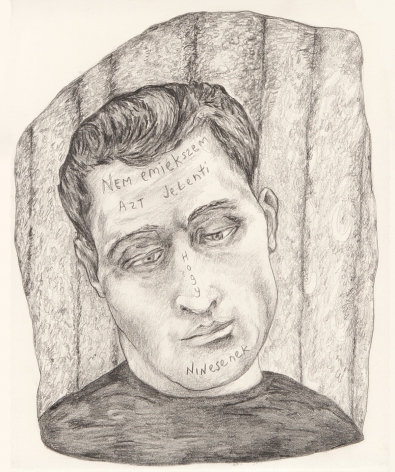 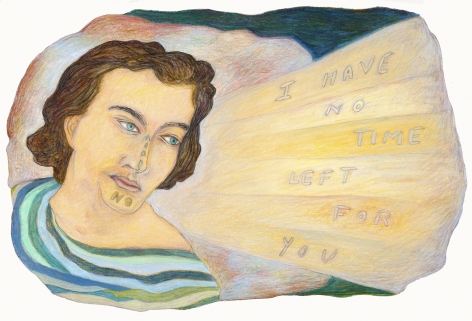 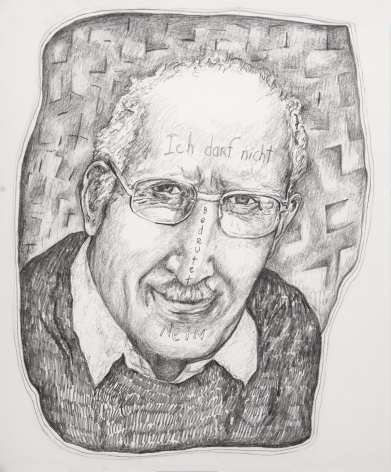 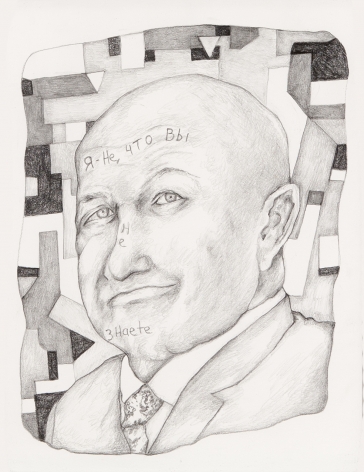 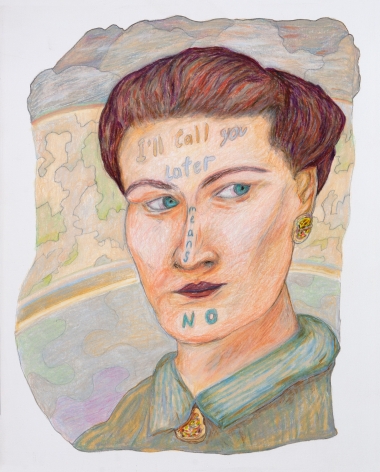 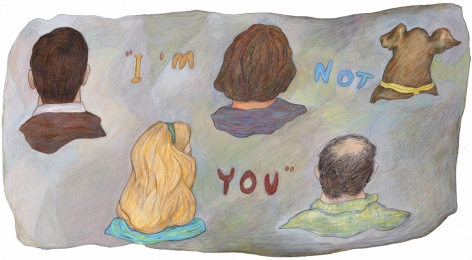 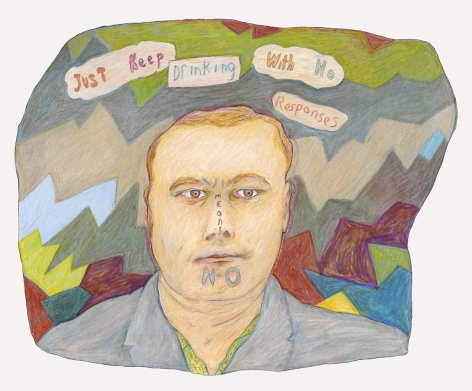 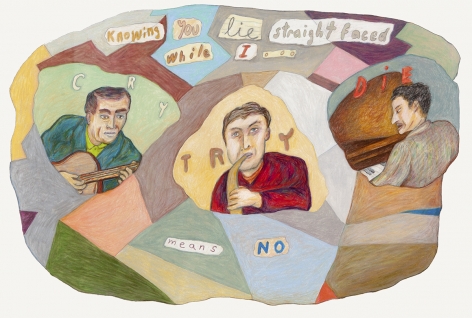 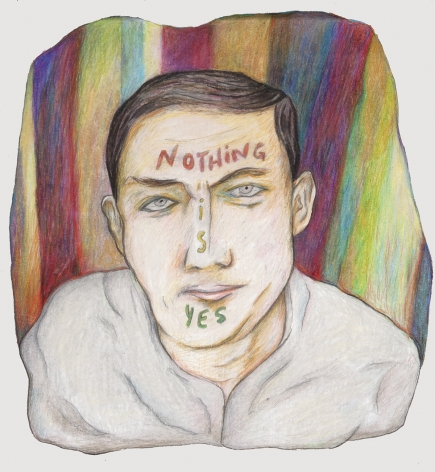 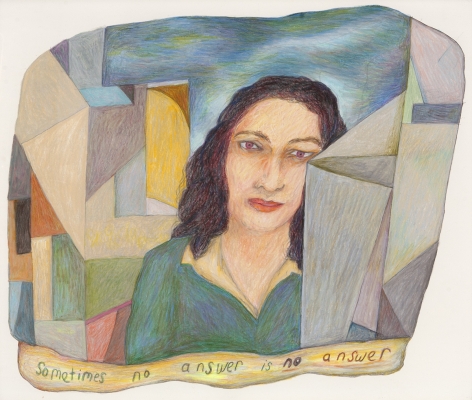 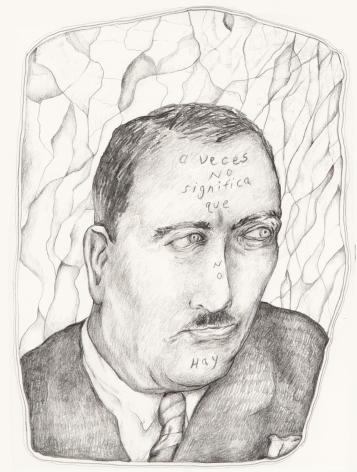 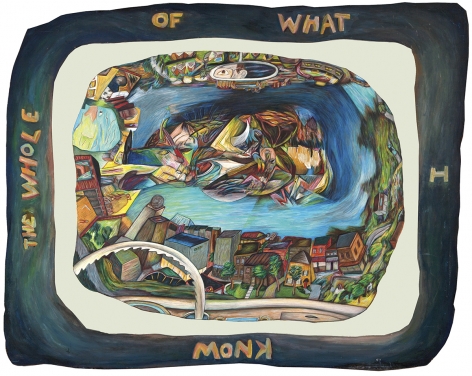 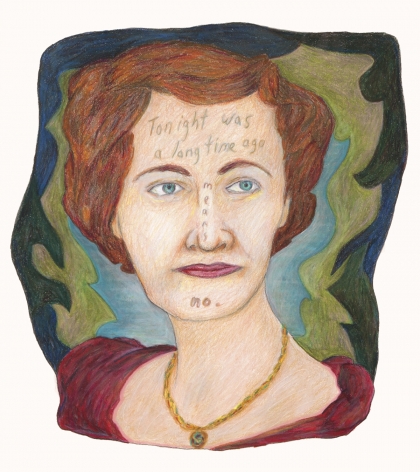 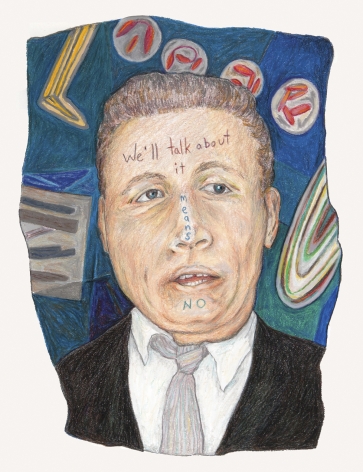 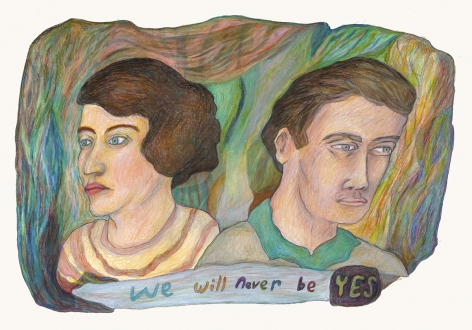 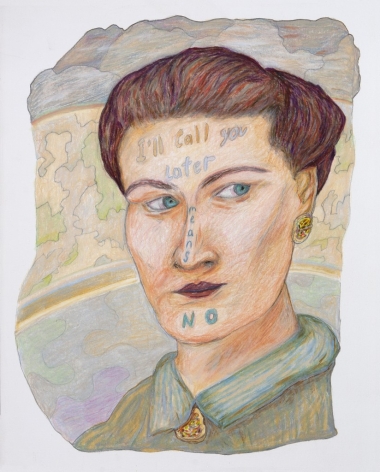 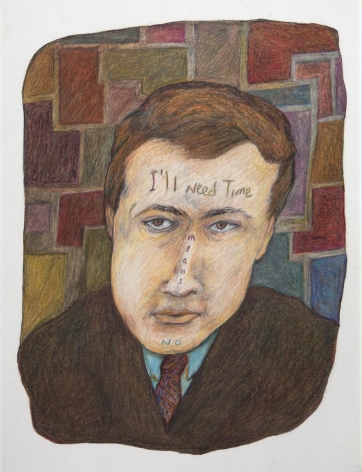 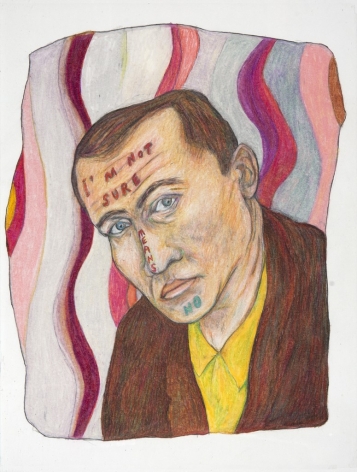 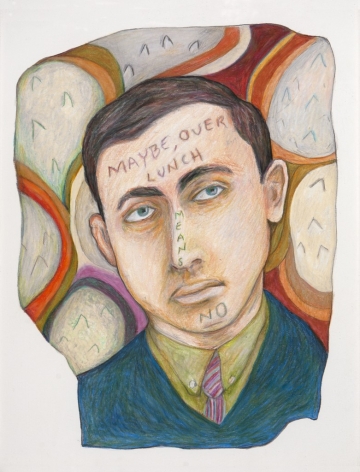 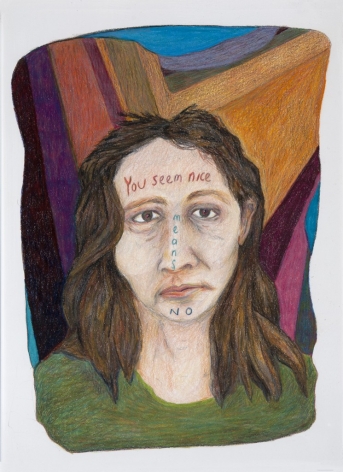 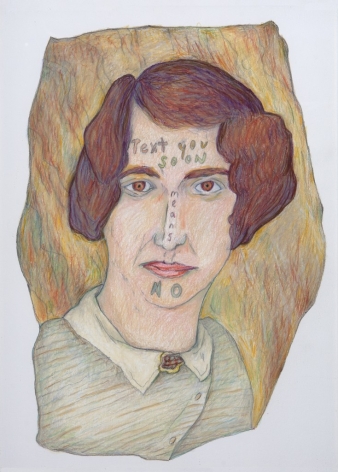 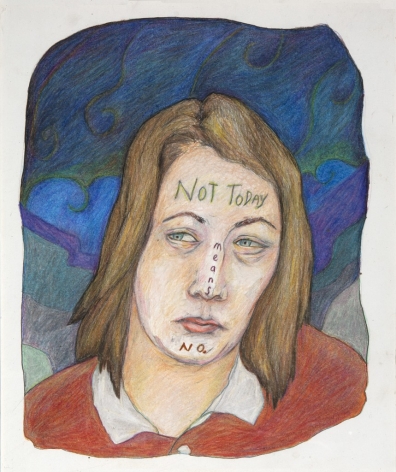 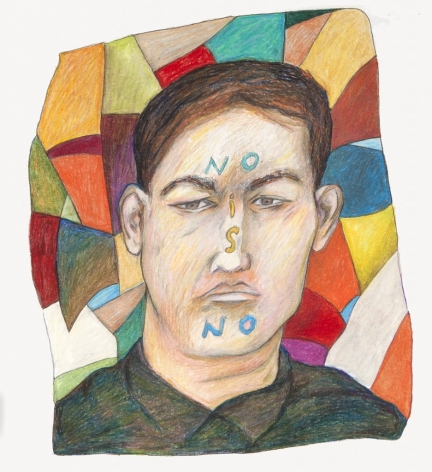 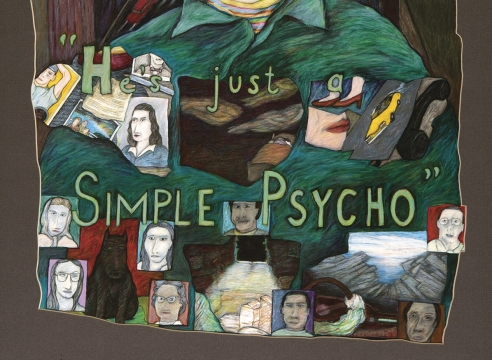 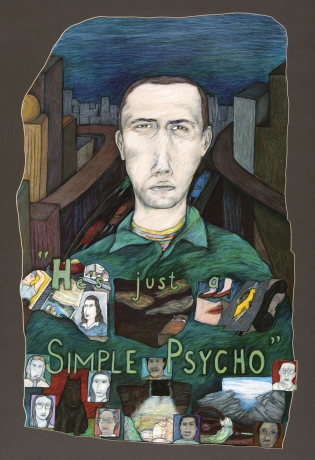 "The work utilizes many of the current social euphamisms that are used both deliberatly and unknowingly to answer a question 'no' while not saying that." 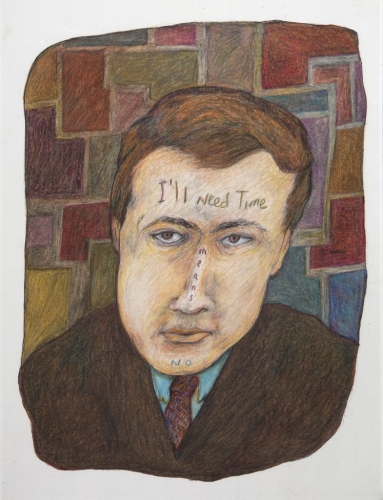 Originally from Pittsburg, Vito went through art training at Carnegie Mellon University. He lived in Chicago starting in the late 1970’s and in 1998 moved to Maine for ten years. He returned and has been creating artwork in Chicago ever since.

His current work, International People in the Know, is his reflection on interpersonal relations in today’s world. He has chosen both fictitious faces as well as actual subjects of people in his life. The backgrounds suggest no clue as to place, identity or nature of the conversation. The artist only offers the finality of the implied statement. In some of the faces is a lingering hint of relating the knowing implication of their comments. Others possess only a sense of innocent use of common use phrases. Vito has made comments related to these pieces that all serious conversations eventually lead to a confirmed answer form of ‘no’.