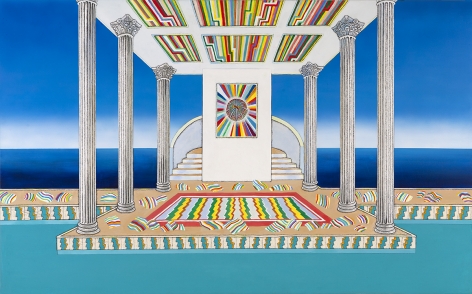 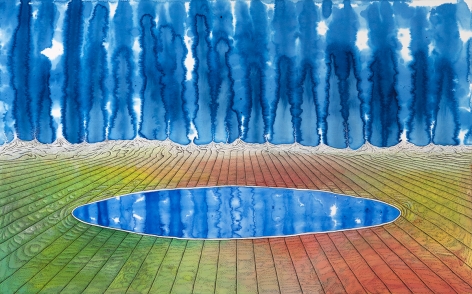 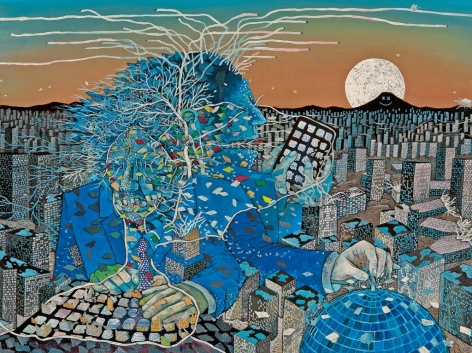 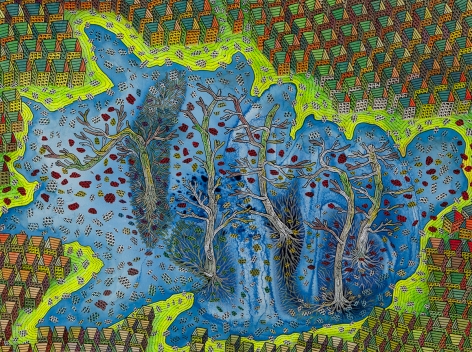 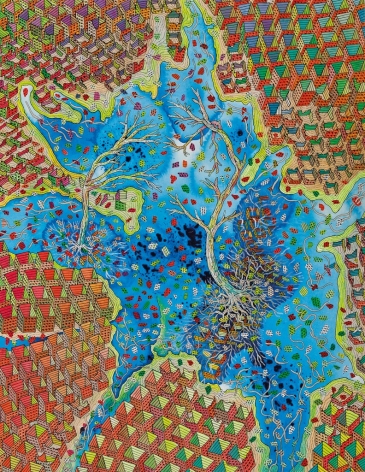 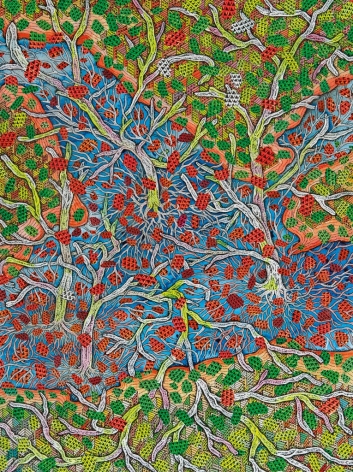 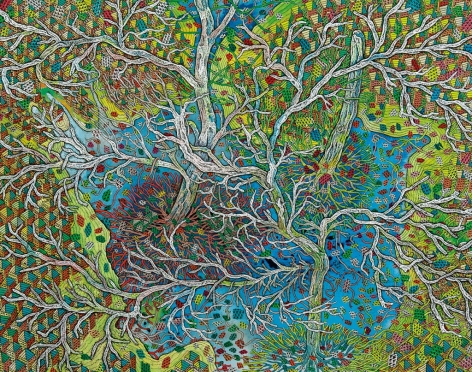 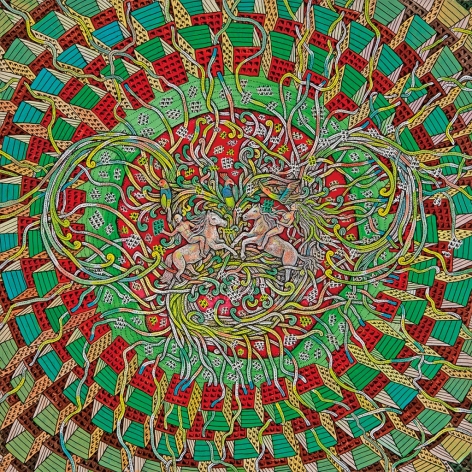 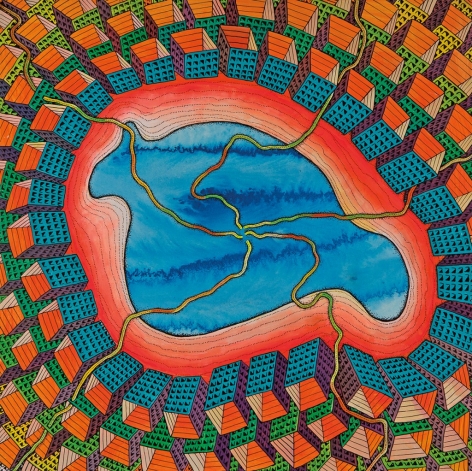 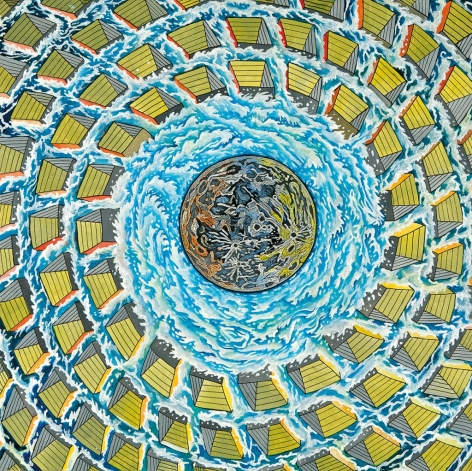 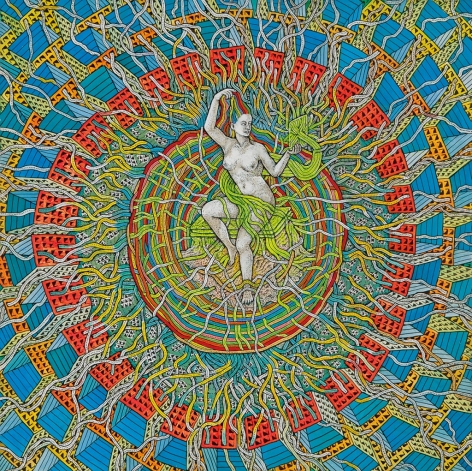 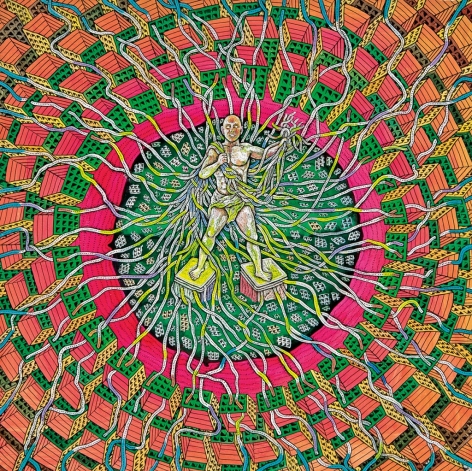 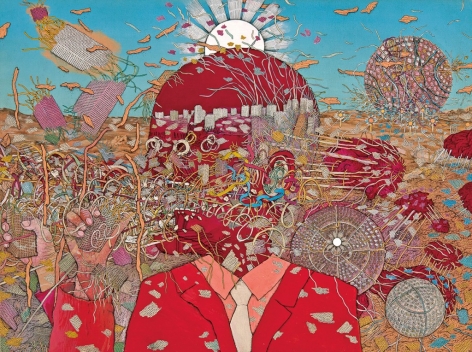 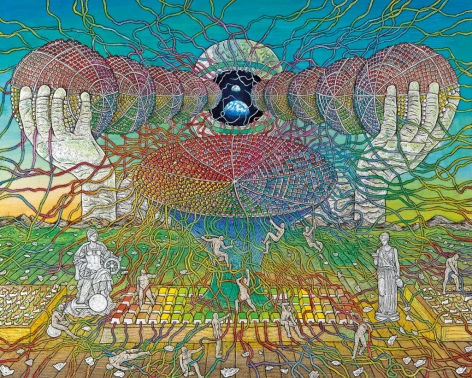 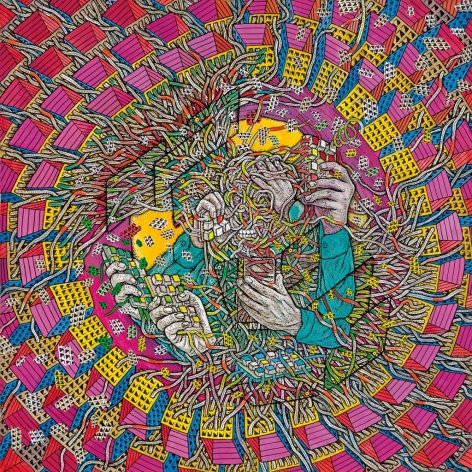 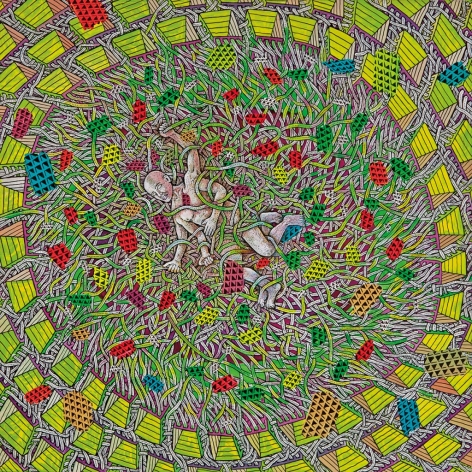 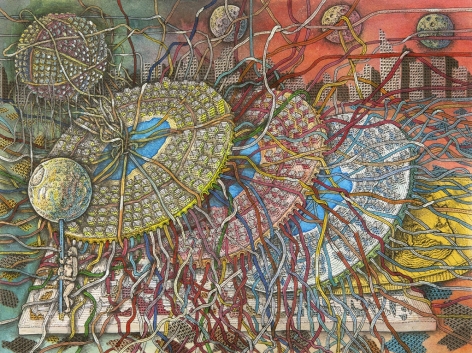 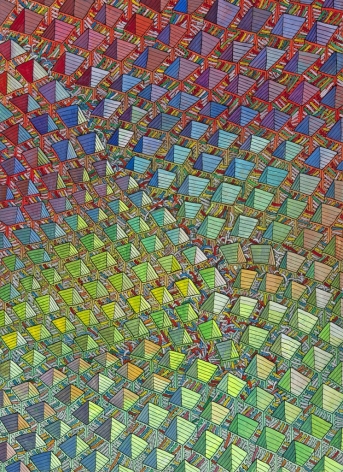 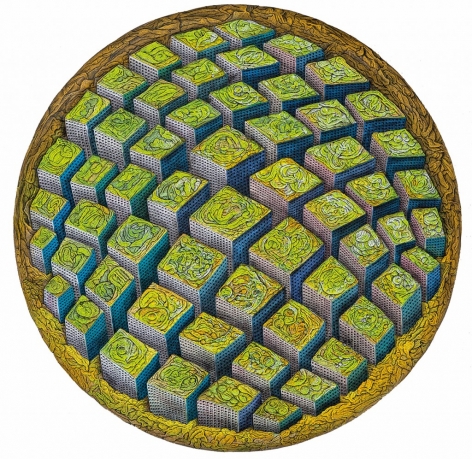 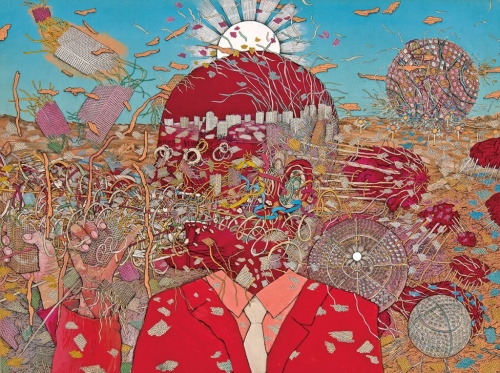 Tadashi Moriyama is a multimedia artist, working in painting and drawing, animation, and sculpture. Tadashi Moriyama was born and raised in Japan before moving to the United States in 2001. Moriyama studied at Tyler School of Art (BA 2003) and University of Pennsylvania (MFA 2006.) He has exhibited in Japan, Korea, Canada, Ireland, Belgium, Italy, and across the United States. He now lives and works in California.

Moriyama has been influenced by science and science fiction, medieval paintings from East and West, Buddhist philosophy and beyond. He strives to illustrate analogies across topics including cities and memories, dreams and myths, home and displacement. 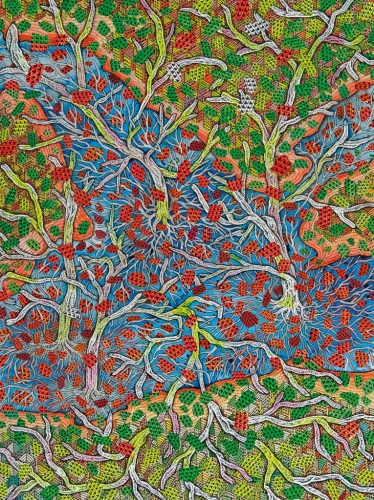 "Tadashi Moriyama’s vision of the world is bleak and colorful, dystopian and hopeful, all at the same time. His world encompasses chaos and order simultaneously and remains open to humanity’s ultimate recognition of its folly.

Born in Tokyo in 1979, Moriyama grew up surrounded by anime and manga, which, together with his study of Eastern and Western art, continues to inform his visual language. Thematic affinities exist to artists George Grosz and Otto Dix, those German critics of corporate, political, and moral corruption between the World Wars. More in line with Moriyama’s boundless imagination though are the Surrealists’ representations of nightmarish dreams. His complex compositions executed in ink and acrylic on paper and panel, address his unease about overdevelopment of the planet and the spiritual price we pay for technological interconnectedness.

Nature as we still know it, no longer exists. Planet earth is covered with uniform, anonymous high-rise buildings that are empty, uninhabited. The only animation in this terrifyingly orderly and lifeless urban environment stems from the wild tangles of cables connecting all. It is, however, not as simple as that.

In Moriyama’s world causal relationships are not always clear-cut. Are the tree roots destroying the buildings underneath or is the opposite true? Does the interconnectivity and crowding afford an opportunity for exchange and community or does it create an imprisonment in constant vigilance and uniform ideals? Ambiguity also informs his personal visual vocabulary. The ubiquitous rectangular forms accentuated with black marks are clearly symbols for buildings, but they could also stand for computer chips or, more lightheartedly, Lego pieces. Similarly, the cables overgrowing all structures could also be roads or neurons. In fact, in Moriyama’s most recent pieces, which tend more toward focused compositions and geometric forms, the urban sprawl has become an organic, cellular system that emulates nature. The city even seems to be giving birth, generating the central forms in these mandala-like compositions.

Ultimately, the artist is questioning whether we can balance our need to participate in the corporate culture for sheer survival with maintaining our humanity and creativity. His answer is cautionary but nonjudgmental. Moriyama envisions another way of being that is possibly influenced by his upbringing as a Buddhist. The moon features prominently in many of his works—the moon, as opposed to the sun, being non-aggressive, reflecting light but not shining. The artist’s thinking about earth’s closest neighbor is complex, but when pressed for the most emblematic association, he mentions the book and movie 2001: A Space Odyssey. “The ape is perhaps the first being on earth that looks up at the moon. It’s the beginning of intelligence,” Moriyama explains. He is also inspired by the respective advancement and receding of the sun and moon. “The sun is going to swallow us in the future but the moon will be leaving us. I like that fragility. It continues to feed my creativity.”

Women, too, often feature in Moriyama’s work, always in positive roles. It reflects his more metaphoric interpretation of the celestial bodies around us. “I like to shift the paternal/sun centered world into a maternal/moon realm in my work.” In the artist’s world, the apocalypse will not happen. The world will not come to a climax. There will be just more of the same—overwhelming, soul-crushing, and creativity-killing. Unless we take the artist’s suggestion and look toward the moon, not as another place to colonize, but for inspiration. And not all is dark in Moriyama’s current world by any means. His graphic style alone lends itself to buoyancy and his choice of colors is, if slightly psychedelic, full of joy and hope."